+390692928173
Special “Winter in Venice” Collection Virtual Tours Dedicated to Venice A Perfect St Valentine Gift!   For the last fifteen years or so I have been travelling to Venice every winter leading groups of art students and art enthusiasts. 2021 will be the first year when […] 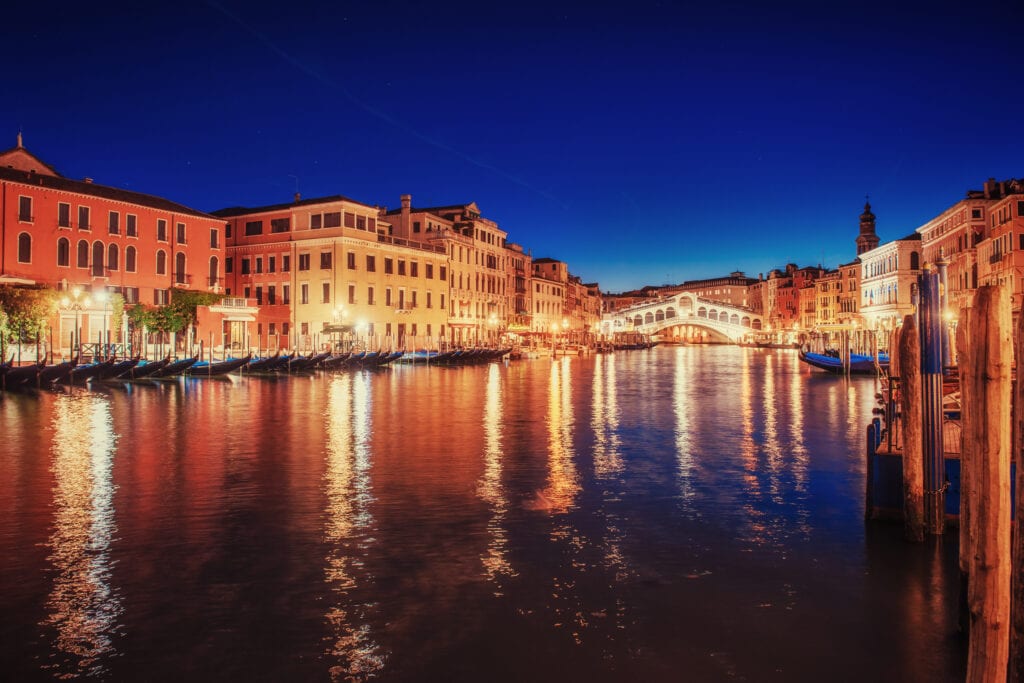 City landscape. Rialto Bridge in Venice, Italy at night. Many tourists visiting the beauty of the city throughout the year. Europe

For the last fifteen years or so I have been travelling to Venice every winter leading groups of art students and art enthusiasts. 2021 will be the first year when this will not happen, and I truly miss the festive atmosphere of the Venetian Carnival, the misty mornings and the stinging cold evenings sipping my prosecco by a Canal or enjoying the life passing by on Lista di Spagna. So, as a Homage to Venice and its art and beauty, I have created this four experiences for people already in Love with the Serenissima, and as you may know, when it comes to Venice there are only two kinds of people: those who visited and love it, and those who don’t love it yet because they haven’t been there…. yet.

Antonio Vivaldi was, at the beginning of the last century, consider a minor Venetian musician, known mainly for some tunes used by one of Bach’s sons in his compositions, and then forgotten. But when at the beginning of 1900 a large collection of his manuscripts were uncovered in a private collection, with thousands of partitions and hundreds of concertos, a new Genius of Music was uncovered and he has become one of the most famous and played baroque musicians ever since. We will look into his life, his time, his personal struggles and a secret love story. We’ll dive into his music following some original autograph partiture, paintings of his time, and much more.

Tiziano Vecellio, simply known as Titian, is one of the greatest masters of the Italian Renaissance, standing tall with his more popular Florentine contemporaries like Michelangelo and Leonardo. He was gifted with a long ad productive life and his style evolved form the allegorical and mysterious composition close to his master Giorgione’s style, to an almost impressionist style bold and evident brushstroke. A modern, intense and glorious master who enchanted Nobles, Popes, Kings and Emperors with his art.

Son of a “Tintor”, a humble cloth dyer, Jacopo Robusti is known as Il Tintoretto, was one of the most productive artists of Venice, making some of the largest canvases known to these days. His style was fast, bold, energetic, with flashes of light and dancing figures in a dream-like a background. He transfigured painting into something oneiric, magical but at the same time direct and spontaneous. We’ll’ enter the Palazzo Ducale or Doges Palace in Venice, and the Scola Grande di San Rocco to admire his artworks right in the places where they were originally meant to be, giving us the unique possibility to experience his art exactly how he designed it.

Palladio is synonymous of classicism and solemn buildings: almost every XVIII and XIX century public building in Europe and North America had some of the style and the feature of Palladian architecture. He was able to interpret the Renaissance style brought to Venice by Roman and Florentine artists like Sansovino and Serlio, in a new almost quintessential way that created a new language of which he wrote a complete grammar. We’ll explore his buildings in Venice and in the Veneto Region, as well as his legacy that spread around the world making him one of the most influential artists of all times.

Antonio Canova was considered the greats sculptor of his time and worked for Popes, Queens and even for Napoleon and Thomas Jefferson, who commissioned him George Washington’s statue in which he is portrayed as an ancient Roman statesman. Canova embodied the ideal of classicism and the renewed interest in the roman empire art in the XIX century’s Europe, he is considered the greatest classicist sculptor and his works are in the most important museums in the world: from St Peterburg’s Hermitage to the Louvre, from the Borghese Gallery to the Vatican Museums. We will discover his masterpieces and his legacy, form his origins in Possagno in the mainland of Venice, to his works in Rome and the Vatican and his travels to France and England.