At the end of June, Milan was chosen to host the Winter Olympics in 2026!

Milan has won the bid with a combination of organisation and efficiency to pull off a simple but successful Winter Olympics. It will take place in a cluster of different locations across the Italian Alps that stretches from Milan in the West to the ski resort of Cortina d’Ampezzo in the east.

This will give a much needed boast to the city, often forgotten with tourists mainly visiting Venice, Florence and Rome. Florence, Rome and Venice often stole attention away with the artistic heritage and ruins and Milan was thought of as ‘grey’ and ‘industrial’. But Milan has changed, creating a modern, elegant city with skyscrapers and green spaces. It is definitely a place to visit.

Milan is world famous in fashion and shopping is one of the main attractions. A city lovers place, there are many attractions and experience in this exceptional city.

Milan is embracing modernisation and is creating a unique culture, mixing the historical architecture with the soaring skyscrapers and the amazing residential high-rise that is overflowing with trees and greenery. The dock area, Darsena, has been revamped. No longer overgrown, it now has a scenic pedestrian walkway, beautiful gardens and covered market. The famous Galleria Vittorio Emanuele II has had a clean up, which was sponsored by the fashion powerhouses of Prada and Versace no less.

Discover Milan with our walking tour;

This neoclassical structure of iron and glass is much more than a shopping arcade. With the nickname il salotto di Milano, the living room of Milan, it has been the core of life in the city since 1877.

Know for high-end boutiques, the original Prada store is located here, there is also an amazing place for dinning. It is a beautiful place to explore.

Its known for its high-end boutiques (the original Prada store is located here) and equally lofty dining. While it’s packed by day, a stroll during the late evening gives you a chance to experience its beauty without distraction.

An unusual tradition of spinning with your heel on the balls of the (poor) bull is a tourist must. Located in the middle of the arcade, it is said to bring good luck and it is so popular that a hole has now been worn into the mosaic. No one knows how the tradition got started, got to love a tradition that gives you good fortune.

There are four distinct mosaics on the floor, each portraying the coast of arms of three capitals of Italy. Rome, represented by the she wolf with Romulus and Remus, Florence is the flower of the lily, Milan’s mosaic is a red cross on a white background and Turin with the bull or torino in Italian.

The most famous mural, The Last Supper is in Milan! Hidden away on a wall in the refectory adjoining the Basilica di Santa Maria delle Grazie. It is said that Leonardo da Vinci, when working on the piece would sometimes arrive in the morning, stare at the work done on the previous day and promptly leave. Much like Leonardo, the visit to The Last Supper only lasts about 15 minutes. It is also difficult to get tickets, as you can imagine, they sell out in minutes of opening and booking in advance and being flexible with times and days is a must!

It is often complained that the mural is dull and in a fragile state, even after a 22 year restoration! Da Vinci can also be partly blamed for the state of his masterpiece. He experimented with a mix of oils and tempera which was applied between 1495 and 1498, which is a long period of time as most frescoes were applied within the week. Also, Dominicans decided that they would raise the refectory floor, which destroyed the lower section and Jesus’ feet. And finally, in the 19th century, restorers used cotton wool and alcohol to clean up the image and ended up taking an entire layer of paint off.

But it is worth a visit and all of the happenings the mural went through, it has not lessened it’s unique and inspiring beauty.

Milan’s Duomo is an extravagant Gothic Cathedral and is one of the most impressive structures in the city. Commised in 1386 by Gian Galeazzo Visconti it is a vision in pink Candoglia marble. It has 135 spires and 3400 statues and the interior has three huge stain glass windows and Carlo Borromeo is interred in a rock-crystal casket.

The design was thought of as unfeasible, with canals being dug just to transport the vast quantities of marble from around Lake Maggiore. It is the fifth largest Christian Cathedral in the world.

And it still isn’t finished. Politics, lack of funds, changes in fashion and indifference playing a role, with 78 different head architects over the years and thousands of artists, sculptures and specialist workers the plans grew and grew and the building project started to drag on. The original design was Gothic and considered ‘too french’ (as at the time Milan was more politically connected to France), the years and the centuries with some of the final touches applied in the 1960s.

The iconic red-brick castle was originally a Visconti fortress, it was later remodelled by Francesco Sforza in the 15th century, with Leonardo da Vinci helping to design the defences.

Today it is home to seven museums, one is the Museum of Ancient Art, which includes collections of ancient to modern art and richly decorated furnishings. You can still admire the frescoes that were designed by Leonardo da Vinci.

Teatro alla Scala is the opera house in Milan. Commissioned after the original Ducal Theatre burnt down, it is built on the former site of the Church Santa Maria alla Scala, hence the name.

The theatre museum contains large collections of the history of theatre, with paints, busts, costumes, musical instruments and the huge Bohemian crystal chandelier with 383 bulbs. It will take you on a theatrical journey through the centuries. You are able to marvel at the elegant hall and the small box seats that are covered in red satin where the people of high society would have sat to enjoy the performance (or in most cases gather gossip by watching unsuspecting people in the crowd). It is a must see for anyone who enjoys the theatre. We couldn’t write a blog post without mentioning food.

Milan is home to many migrants from all over Italy and beyond. It has created a unique culinary scene, from Sicilian food to sushi, Milan will tickle everyone’s taste buds.  Some of the local dishes are a must try, we have listed a couple below;

Rice is produced in Italy, grown near Milan in the flat Po Valley. It is no surprise that most traditional Milanese dish is risotto, risotto alla Milanese is yellow rice coloured using saffron, with cheese and bone marrow added for taste and creaminess. Legend has it that the apprentices working on the Duomo’s stained glass windows added saffron (which was used to colour the glass) to white rice.

Meat is a big thing in traditional Milanese dishes. Ossobucco is beef braised in a mixture of onions, carrots, celery, white wine and broth.

Another meat dish, this is breaded veal fried in butter. This dish can be found almost everywhere in Milan!

Milan is considered the birthplace of the Panettone. This is a Christmas fruitcake and is everywhere during the Christmas season, with boxes stacked high in bakeries and supermarkets. This is a light and sweet bread with candied fruits and raisins as the more traditional, there are ones with chocolate and plain if you prefer.

Boiled cornmeal doesn’t often get a good review, often considered bland. But in the north of Italy it is a staple and they are serious about the polenta!

Gorgonzola is a small town located in greater Milan and is the birthplace of the blue cheese. There are two forms, sweet (dolce) which is sweeter and creamier and spicy (piccante) with a pungent bite and has spice.

This is a tripe based dish, it is a hearty soup with tripe, beans and vegetables and is popular in the countryside around Milan. It is often referred to as ‘peasant cuisine’. Not the most popular serving in restaurants, but during the winter months, a few traditional spots will have it on the menu.

Are you planning a trip to Milan? 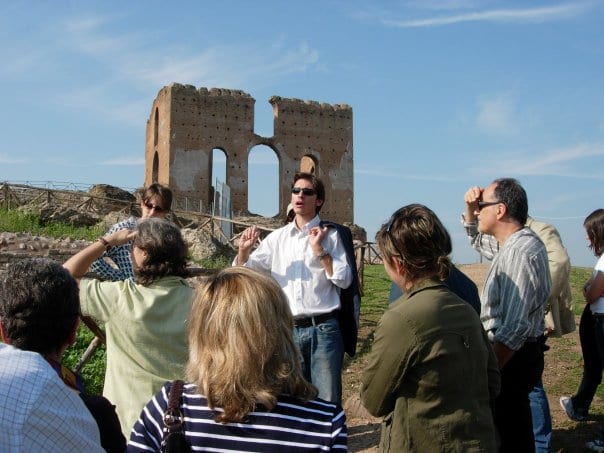 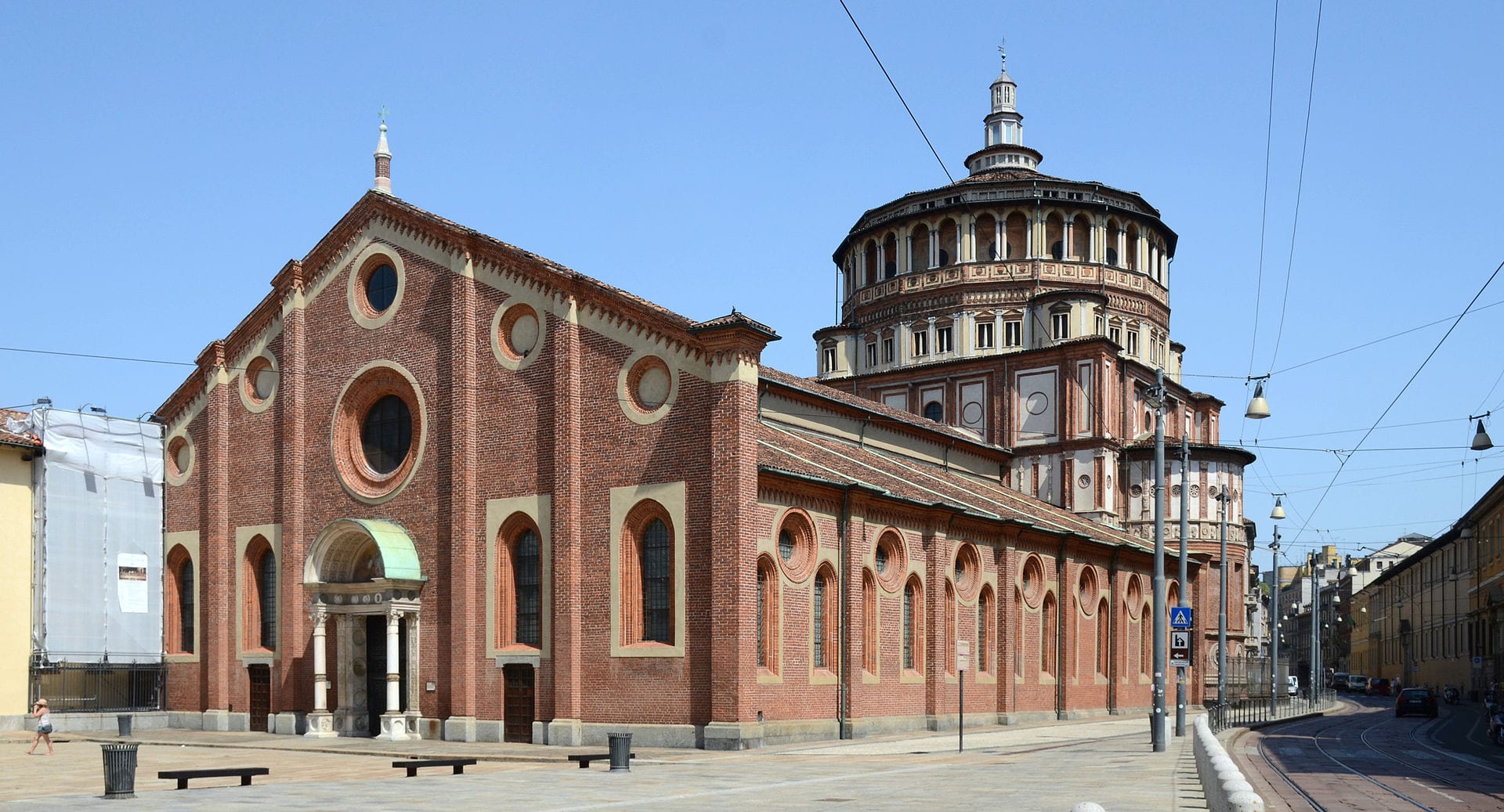